Hit enter to search or ESC to close
In the Know

By HyperionNews9 June, 2022 No Comments 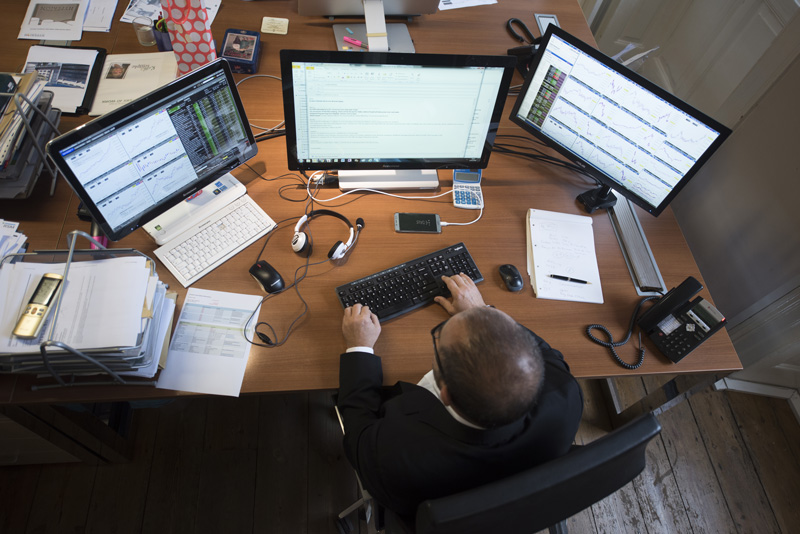 Brief
A confusing and difficult equity markets: a slight positive session is followed by a market in red today. China reopening, Goldman confirming US may avoid recession and UK Johnson gaining confidence’s vote are positive factors, but they are not enough to compensate for high price pressure and higher rates in the horizon.
Cryptos refuses to take off and lost today what was gained yesterday. Crude nosing up on increasing demand: Biden tries to help favoring solar energy tariffs.

Bonds
UK’s Johnson survived the confidence vote by a small difference and the Mirror gives him a year in the post. The Gilt is heavily sold, coming from 116 to 114.50, so a yield of 2.26%.
Analysts expect the ECB will update inflation forecast to 2% in 2024, and then satisfy the criteria for further hikes. Expectations are mounting that they will announce the end to bond purchases this week and hike rates in July. The Bund future stabilizes today at 149.
UST yield finally crossed the 3% mark, with a FED’s member Mester expecting 0.50% hike in the next two meetings. ECB’s on Thursday and CPI on Friday in the focus.

Emergings
Turkish’s Erdogan said that the country will continue cutting rates despite an inflation at 73.50%! On top, the president said that he will limit supply of lira liquidity in the offshore market by restricting local investors from buying new lira-denominated bonds issued by supranational.
Egypt’s forex reserves fell by USD 2 billion in May after making payments on its external debt owed to the IMF. Moody’s keeps an eye. The country hurt by the Ukraine conflict as Egypt buys most of its wheat from Ukraine. USD bonds down to a yield of 10.50%.

Credits
Goldman raised USD 700 million via a 5-year sustainability bond at 4.39%. Rating is A2.
Banco Santander raised USD 500 million via a 3-year bond at 4.26, with a rating of Baa3.
CCB Singapore raised SSD 350 million of a 2-year bond at 2.85%, rating A1.
GM Financial raised USD 1.25 billion via a 5-year bond at 5%, a premium of 5 bp above its existing 2027 bond. Rating is Baa3.
Chinese developer Jiayuan Real Estate upgraded from C to CC after paying the coupons of its USD 200 million 12% bonds due Oct 2022 within the grace period. Bonds trade a 26.50%.
Singapore state investment company Temasek announced the launch of GenZero, a platform dedicated to decarbonization. It will commit USD 3.6 billion. USD bonds trade lower to a yield of 3.80%.

Currencies
The GBP initially gained on the positive confidence vote, but in views of the small margin, it drops today. The GBP lost 7.3% this year against the USD.
The Russian ruble weakened towards USD 62 steered by internal market flows and capital controls. The currency tops at 56.10 at the end of May on measures taken by the Russian central bank, but seems that intervention does not please local investors.
Cryptos down again, losing what it gained yesterday. The Bitcoin came from 31,300 to 29,600 in the day. We don’t see any news backing the fall, but the fact that fiat currencies gain attraction on higher rates and banks restarting to pay income in deposits.

Stocks
The class ended higher, but slightly and futures and Europeans open in red today. The market struggles to break out at any direction.

Commodities
Copper futures closed 2.50% higher and the Brent crude comes from 119 to 121 after China finally unlocks and domestic demand is hoped to warm up soon. Refine crude also rose, with gasoline hitting USD 5/gallon in some parts of the US. Seems that India is buying crude from Russia and reselling the refine product back to the West at a much higher price.
Solar stocks rose as President Biden unveiled plans to boost solar power by imposing a 2 year freeze on new tariffs and using the Defense Production Act to support domestic solar panels.
Gold could be heading for another rally between warnings of global economic slowdown and high inflation. Some analysts are repricing it at USD 2,000, from 1,840 today.

Brief
Investors expect the ECB today, between persisting worries about inflation, pushed by jump in crude ant natgas prices yesterday. Views on Lagarde’s words to check if a +0.50% will be in the cards for future meetings. Following it, investors will get a read on US inflation.

Bonds
Today the ECB is expected to end QE and forge a path toward its first rake hike since 2011, probably in July. Traders monitor Lagarde’s words to check if +0.50% ins in the cards.
A chunk of good news, Italian April sales better than expected at 8.4%, from 5.6% and Germany Industrial Production rebounding from -3.7% to a +0.7%.
Rising rates start to be seen in the US property market, with mortgage demand falling to the lowest level in 22 years. Key inflation number to be delivered tomorrow, with expectations of a +8.3%, unchanged from April.
UST yield consolidates above 3% at 3.05%.

Emergings
USD Turkey bonds fell 2% yesterday and the lira drop another 2% after a massive surge in inflation and comments of President Erdogan who said that the bank will not raise rates but rather continue cutting then in the face of high living costs. Forex reserves declined to USD 12.2 billion and end of May. Credit Default Swap jumped 32bps to 769bps, the highest since 2008.

The IMF reached a staff level agreement with Argentina regarding an updated macro framework, allowing the nation to access USD 4 billion in funds from the lender. USD 2041 bond trades at a price of 32%.

The US imposed sanctions barring the purchase of Russian corporate bonds and sovereigns that trade in secondary markets. This implies that US firms can hold or sell Russian debt but cannot purchase it.

Credits
Societe Generale raised USD 2.65 billion via 3 bonds at 3, 5 and 11 years at yields of 4.35%, 4.68% and 6.22%.
Credit Suisse warns of 3rd straight quarterly loss for the 2nd quarter citing volatile markets ass the primary reason, while widening credit spreads and a drop in bond issuance straining their key business lines. Rumor that American State Street shown intent to takeover Credit Suise. CS USD perpetuals down in price to a yield of 8%.
Indian commodity giant Vedanta pledged a 5.77% stake in Hindustan Zinc to secure a loan of USD 1.02 billion.
OCBC issues USD 750 million of a 10 year bond at 4.60%, with a rating of A2.
Hong Kong-based New World Development raised USD 700 million via a dual-trancher along with an exchange offer. 200 million via a 5 year social bond at 5.92% and 500 million via a perpetual green bond at 6.15%.
Chinese developer Sunac seeks local bond payment extension over 2 years. USD bond trades at distressed level of 20%.
Indian Future Enterprises defaulted on an interest payment of USD 180k on a local non-convertible debenture due on June 6 and on a loan repayment fo USD 697million to a consortium of bank due in March. USD 2025 bond trades at distressed price of 13.75%.
The Kingdom of Jordan raised USD 650 million via a 5 year bond at 7.95%, with a rating of B1.
Bangkok Bank issued USD 750 million of a 5 year bond at 4.33%. Rating is Baa1.

Currencies
The USD gains against majors but slightly. The EUR falls on uncertainty about the ECB’s today.
The Turkish lira lost 3% yesterday against the USD, with comments of lower rates finally hitting the currency market. Indeed, a weak lira seems to be what the President wants, as it will favor exports and tourism, but will fail to put a break to inflation.

Stocks
US stocks closed with the S&P losing 1.1%, led by the Real Estate sector. Europe opens in red. Indeed, S&P volumes were 30% below the 30 days average.
All main indices are trading today at the bottom of their recent trading channels.

Commodities
Crude price breaks the USD 120 mark to 122 (WTI) and at some point yesterday the natgas was up 4%, following news of an explosion of a major gas export terminal in Texas will cut vital supplies to Europe of at least 3 weeks.
In the UK, noises about retailers not passing on the Chancellor’s March’s 5p fuel duty cut and comments about where the blame lies.

Precious metals stable in the absence of any trigger and a frozen currency market.

We use cookies to ensure that we give you the best experience on our website. If you continue using our website we'll assume that you're happy with it.Accept